Hiya everyone! I thought I’d do another classics related post because I love classics

The story of Persephone, the daughter of the goddess Demeter who was kidnapped by Hades and later became the Queen of the Underworld, is known all over the world. It is actually the way of the ancient Greeks to explain the change of the seasons, the eternal cycle of Nature’s death and rebirth. 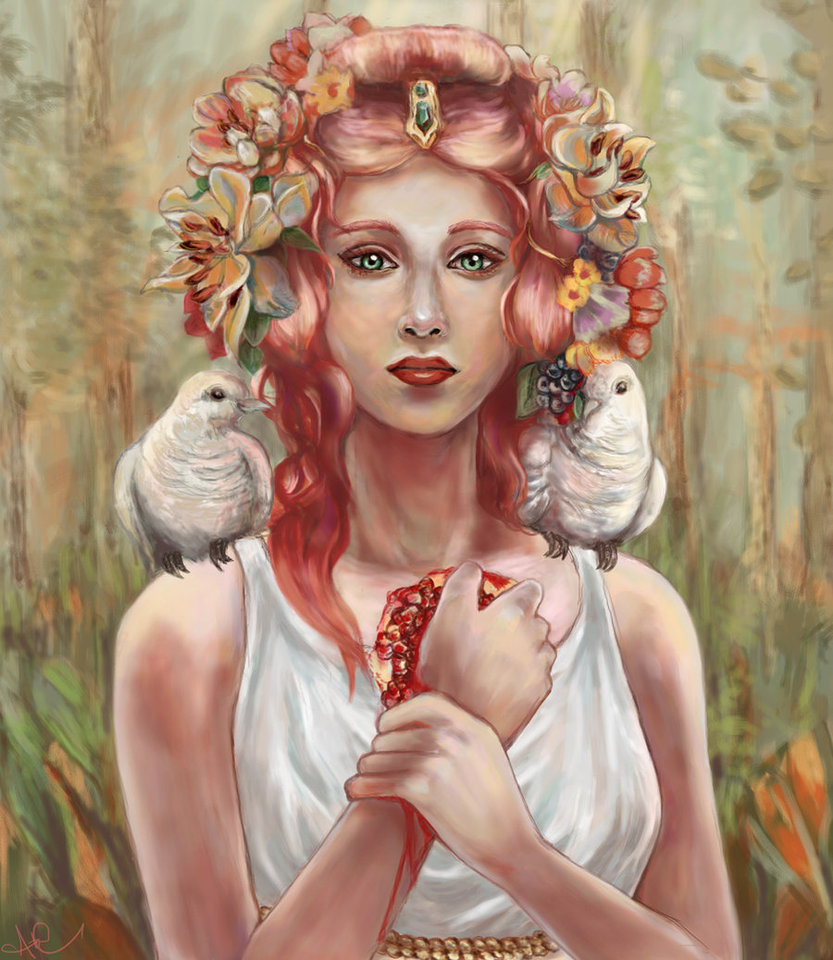 Persephone is understood in people’s mind as a silly little girl who flows between the protection of the mother and the love of her husband. The myth of Persephone was very popular in the ancient world of Greece and it is said that her story was represented in the Eleusinian Mysteries, the great private and secret celebrations of ancient Greece.

She rebelled against Hades, the god of the underworld, as he attempted to feed her pomegranate seeds (if you eat in the underworld, your soul is staying there). Not bad for a naive girl.

I love her. So much. So much so that I got a tattoo dedicated to her, that post is here. She shows power and strength but also beautiful and naivety. She’s the best kind of person/goddess.

My favourite quote relating to Persephone is: “she wears strength and darkness equally well, the girl has always been half goddess and half hell” because it’s so very true. When she becomes the queen of the underworld, she becomes the most badass woman ever and I love that for her.

For that, she’s probably my favourite goddess.

3 thoughts on “Why Persephone is My Favourite God?”